BT Sport Box Office has broadcast some of the finest pay-per-view boxing world title fights over the past 12 months, and UFC 239 will be the first PPV UFC event on the channel.

The T-Mobile Arena in Las Vegas plays host to the highly-anticipated event on Saturday 6 July and is available to buy for £19.95.

UFC 239 is headlined by a light heavyweight title bout between Jones and Santos and supported by the women’s bantamweight title clash between Nunes and Holm.

Welterweight Masvidal also returns to the Octagon in a grudge match against Askren after his knockout victory over Darren Till at UFC London.

The action will begin at 11.30pm on Saturday 6 July with the early prelims and the full preliminary card shown on BT Sport Box Office and BT Sport 1.

Coverage of all the main card bouts, exclusively on BT Sport Box Office, will begin at 3am on Sunday 7 July.

BT TV customers can use their remote control to buy UFC 239: Jones v Santos. Simply press the ‘BT Player’ button then ‘Buy Now’ on the event, which will be shown on channel 494.

Yes. BT Sport on Sky customers or any Sky customer who bought any of our previous BT Sport Box Office events can use their remote control to buy UFC 239: Jones v Santos.

Anyone who wants to stream UFC 239: Jones v Santos can simply follow these instructions to buy the fight and then watch either on the website link provided or via the BT Sport Box Office app.

EE, Three and O2 customers watching online or via the app can choose to add the payment to their mobile bill.

The event is also fully compatible with Google Chromecast and Apple Airplay.

Yes. Virgin TV customers can press ‘On Demand’ and then ‘Live Events’ on their remote control to order UFC 239: Jones v Santos.

Can I watch UFC 239: Jones v Santos in the Republic of Ireland?

Yes. The fight will be available with eir Sport – full details of how to buy and watch are provided here.

No problem. There will be repeat showings on BT Sport Box Office every three hours beginning at 11am on Sunday 7 July until 2am on Tuesday 9 July.

Each year we will make a small number of the biggest UFC numbered events Pay Per View.  BT Sport will continue to broadcast the majority of live UFC events, as well as over 100 hours of non-live programming including our new UFC show ‘Open Mat’, as part of a BT Sport subscription.

What is included in your rights?

BT Sport have exclusive rights to all live UFC main card events and over 100 hours of non-live programming as part of a multi-year agreement.

Jon Jones will compete in his third world championship fight in a little over seven months when he makes the walk to the Octagon on July 6.

The 31-year-old, who has been side-lined twice through drugs-related suspensions over the course of his controversial career, made public has desire to make up for lost time when he returned to action in December last year – and so far, Jones has delivered on that promise.

A dominant win over Alexander Gustafsson at UFC 232 was quickly followed up by a similarly impressive victory against Anthony Smith at UFC 235 in March – a fight the champion won handily despite being docked two points for an illegal knee in round four.

Now tasked with facing down the next man in line for a shot at the throne, Jones is seeking to consolidate a resume that already stands head and shoulders among many of his contemporaries in the world’s premier mixed martial arts promotion.

"When it comes down to it, I think that Jon Jones is the best in history,” he said.

“Apart from his troubles outside the cage, and things like that. When he's inside the cage, he's dynamic. He's got some skill. But, I would say technically speaking, he's probably the best fighter.

Evans’ name is just one in a star-studded list to have fallen short against Jones; the likes of Ryan Bader, Mauricio “Shogun” Rua, “Rampage” Jackson, Lyoto Machida, Vitor Belfort and Daniel Cormier have all been outclassed by the prodigious talent too.

Hard-hitting Thiago Santos is the next challenger to believe he has what it takes to cause a historic upset, coming into the main event at UFC 239 on a ferocious three-fight winning streak since moving up to light-heavyweight.

Unburdened by a tricky weight cut down to 185lb, the Brazilian has pulverised Eryk Anders, Jimi Manuwa and Jan Blachowicz on his way to being fast-tracked for a shot at the champion.

Three consecutive fight night bonuses should ensure fans are not disappointed when the 35-year-old’s feet touch the canvas in the hallowed cage but it does appear a tall order for Santos to do the unthinkable.

The 21-6 challenger also said he had consulted Anthony Smith for tips on how to beat Jones, claiming “Lionheart” had told him to expect a tricky night.

“I don’t know if that’s going to look bad for [Anthony] Smith, but he said that Jones is dirty,” Santos said.

So, to watch out because he’s a little dirty, Smith told me.”

Can Santos shock the world? Or will Jones’ journey towards redemption continue uninterrupted?

Who else is on the UFC 239: Jones v Santos fight card?

Nunes recently saw her name written into the history books after clobbering Cris Cyborg out cold in just 51 seconds during a featherweight title clash UFC 232 in December to become the promotion’s third ‘champ champ’, reigning in two divisions concurrently.

Now returning to her native bantamweight to take on Holm, Nunes, like Jones, can begin looking to consolidate her claim as one of the sport’s pound-for-pound greats.

She already has wins over the likes of Miesha Tate, Ronda Rousey and Valentina Shevchenko – and a similar result against Holm would surely cement her status as the greatest female MMA fighter in UFC history.

However, Holm will prove to be anything but a pushover and has repeatedly proven her combat credentials over the course of an impressive career competing in both boxing and MMA.

She edged out rising star Megan Anderson last time out and, at 37, knows that this could be her last crack to reclaim a title before hanging up the gloves.

Darren Till tormentor Jorge Masvidal also features on a stacked bill in Vegas, taking on Ben Askren in what could prove to be an unofficial welterweight title eliminator.

Masvidal, 34, is a wily operator with bags of experience inside the cage as his 33-13 record would indicate and should not be phased by the notion of facing a top-class wrestler such as Askren.

However, there is top class – and then there is elite, and 34-year-old Askren could certainly be described as the latter.

The 19-0-1 fighter is a former world champion grappler, a four-time All American selection and former Olympic wrestler and has translated his style well to the pro MMA game.

Rockhold, who had been flirting with the move to 205lb for some time, has already begun to ruffle feathers in the division, engaging in a war of words with Anthony Smith.

But the 34-year-old veteran can ill-afford to take his eye off the ball against tricky Pole Blachowicz if he has ambitions of challenging for a title.

Blachowicz had been on a four-fight win streak before coming up against Thiago Santos last time out, pocketing three fight night bonuses during that time.

The 36-year-old is a dangerous assignment for anyone on his night and has championship pedigree as former light-heavyweight king with the KSW promotion.

Britain’s Arnold Allen makes a relatively speedy return to action at UFC 239 too following his win over Jordan Rinaldi at UFC London in March.

The Ipswich prospect is highly regarded but has struggled to remain as active he would like, competing only five times in four years.

However, at just 25, time is firmly on his side and he has the opportunity to claim the biggest scalp of his career in the shape of Gilbert Melendez – the former WEC and Strikeforce lightweight champion – on the UFC 239 prelims.

UFC: Most Viewed This Week
Exclusive Interviews and Analysis 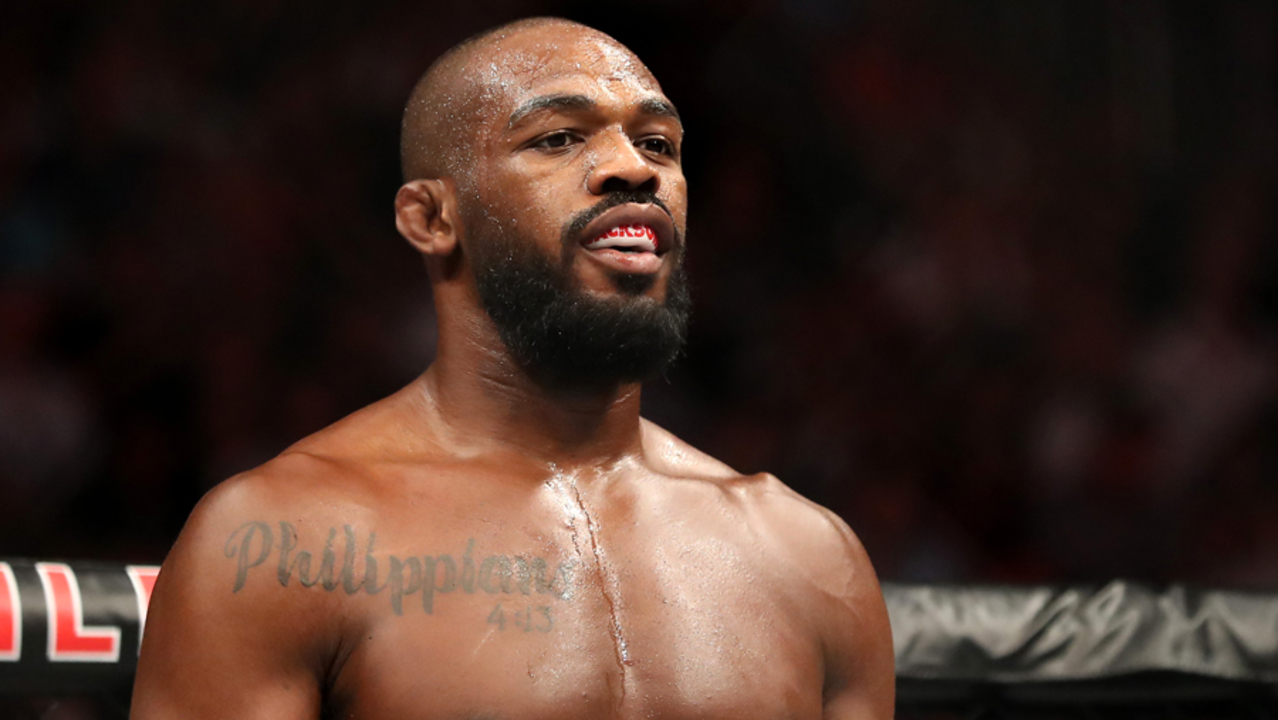 White - Conor v Khabib is the fight to make 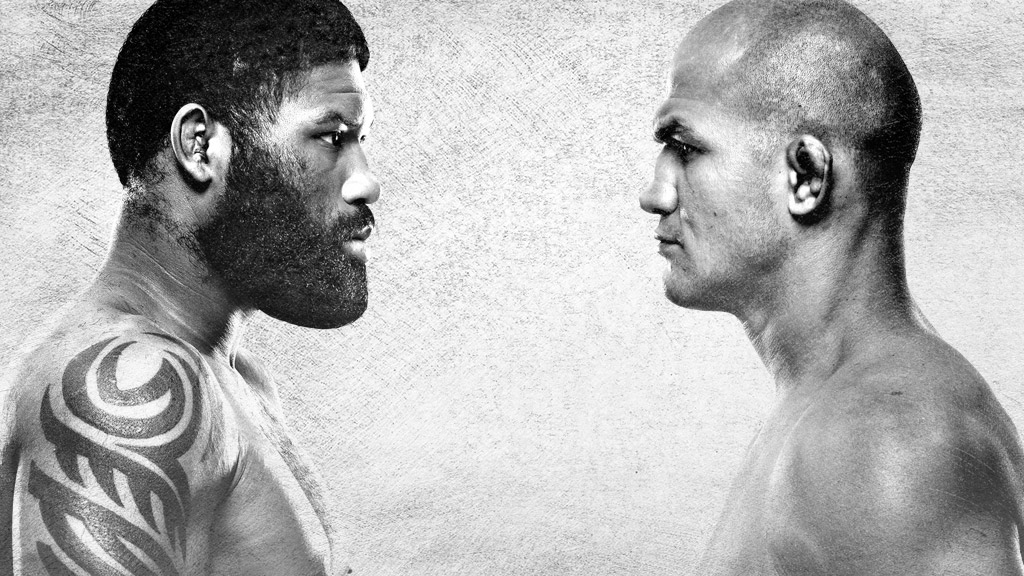 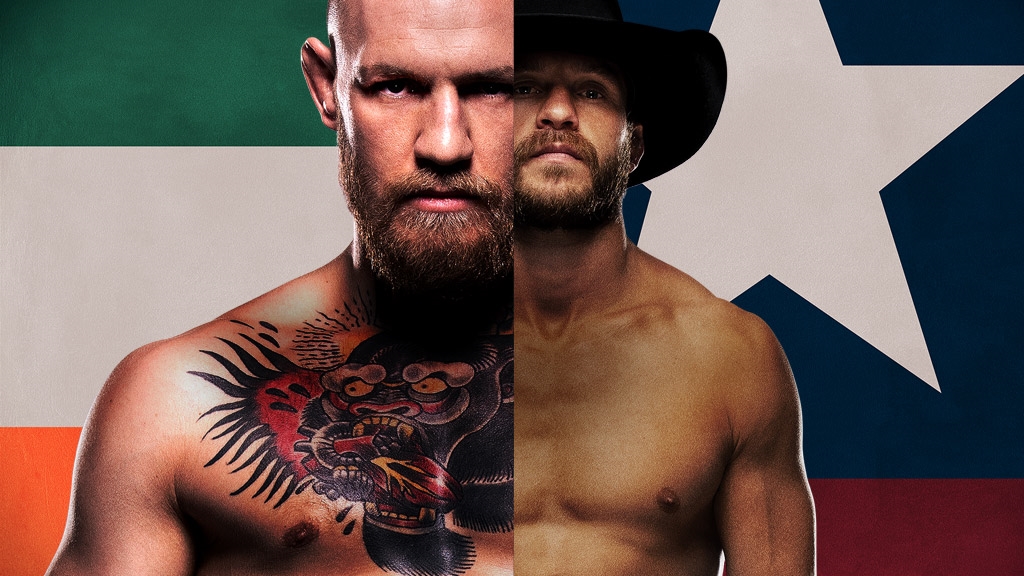 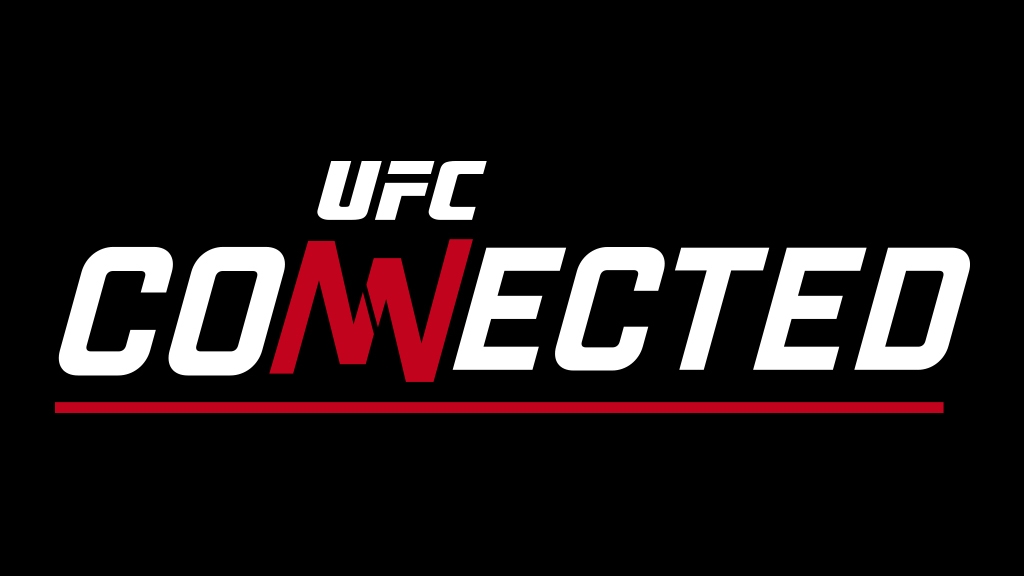 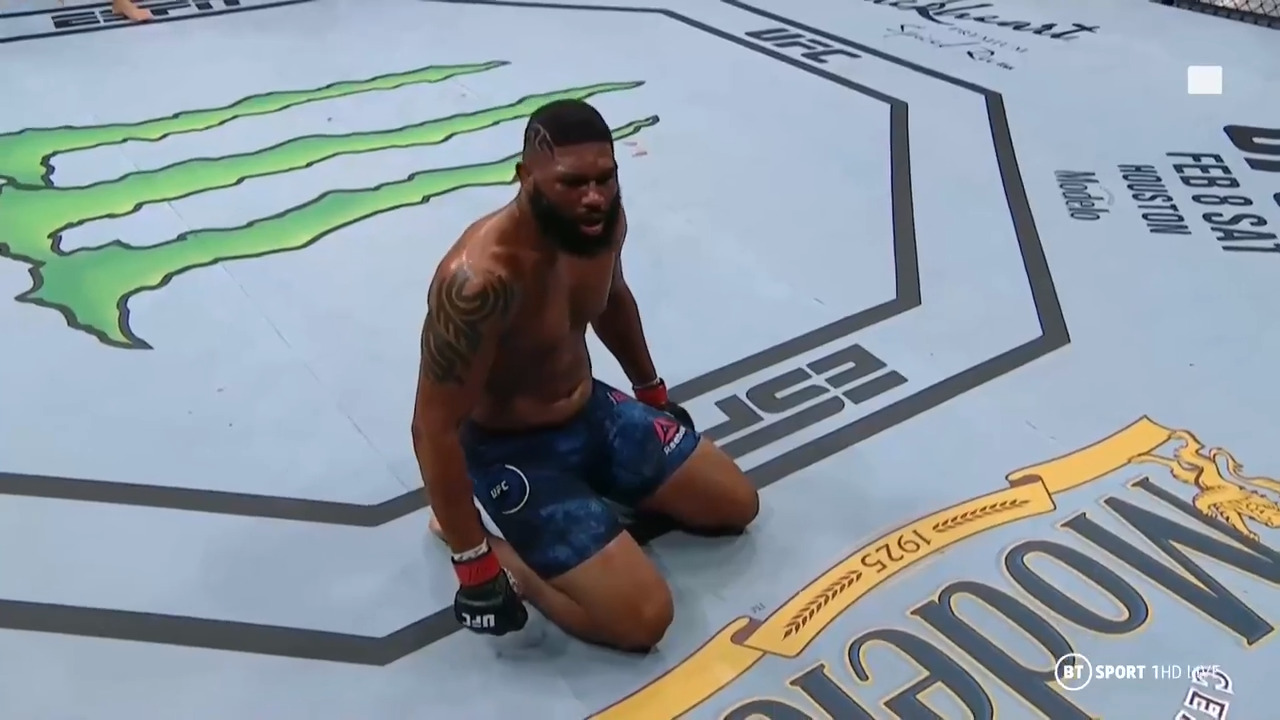 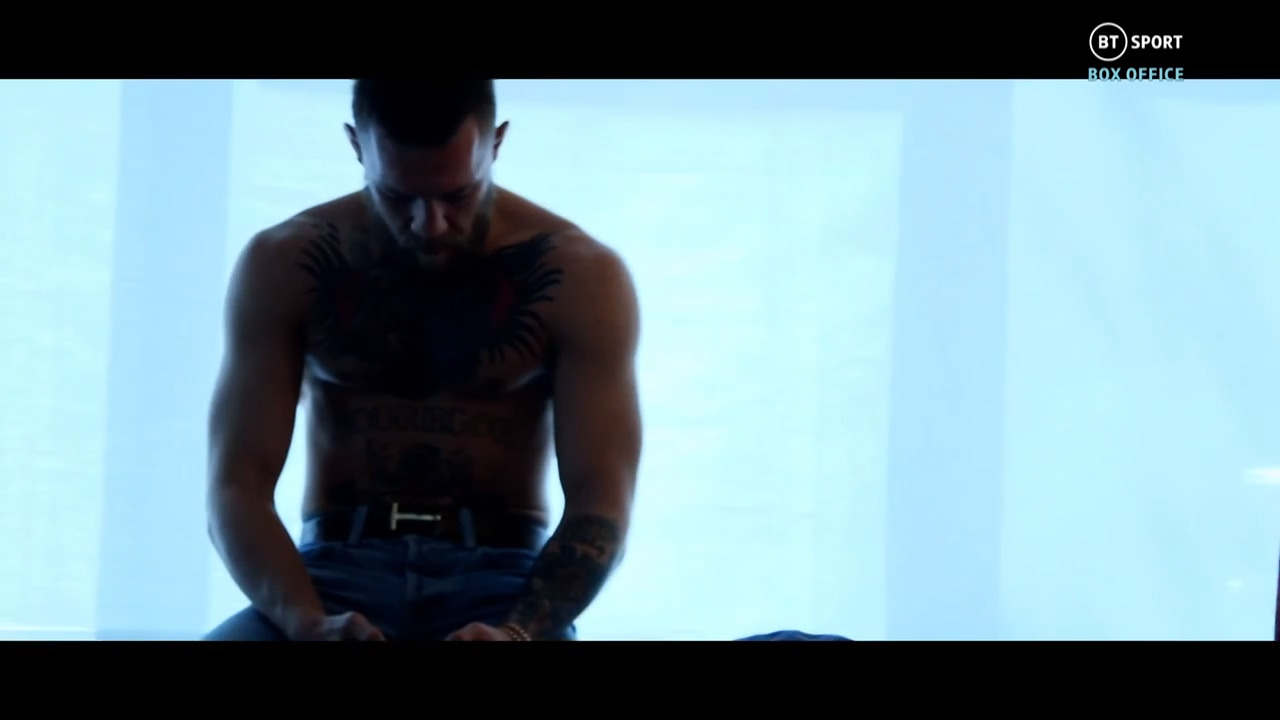 Training Day - Darren Till moves up to middleweight

Masvidal v Diaz - Who is the BMF in the UFC?

How Felicia Spencer earned a shot at Cris Cyborg

How Invicta paved the way for female UFC athletes