MotoGP Grand Prix of Assen: Live stream, TV channel and how to watch the race weekend on BT Sport

World champion Marc Marquez extended his championship lead to 37 points with victory last time out and now looks to secure back-to-back victories at 'The Cathedral'.

Last year we were treated to a spectacular race in Assen and considering the clashes in Barcelona last time out, there could be plenty of fireworks on the way this weekend as MotoGP takes over the Netherlands.

Our coverage from 'The Cathedral' starts on BT Sport 2 HD from 7.45am on Friday 28 June, with every session from all three days available across the BT Sport network.

If you can't watch on TV, there's no need to worry. The BT Sport apps and BTSport.com offer live streams of our full broadcasts, meaning you don't have to miss a second of the action.

If you've downloaded the app for your mobile or tablet device then you can ride on-board a MotoGP bike on race day thanks to our 360° offering - it really is the most immersive way to watch the drama unfold.

All three races are also shown on the enhanced video player where you can re-watch all the key incidents on the interactive timeline or catch up 'as live' without spoilers on your devices.

If you're new to BT Sport, check out our range of packages and we can get you signed up in just 15 minutes.

After last year’s spectacular race around ‘The Cathedral’ we hardly needed something to whet the appetite, but we got it at the Catalan GP anyway.

With Jorge Lorenzo’s crash ending Andrea Dovizioso and Yamaha duo Valentino Rossi and Maverick Vinales’ races early, there are plenty of big names in need of a response and some vital championship points.

Victory in Barcelona extended world champion Marc Marquez’s lead to 37 points as he begins to assert his authority in the standings and will hope to make it successive Assen wins having taken the chequered flag last year.

That is only one of two victories the Spaniard has managed at one of the longest serving tracks on the calendar, but he is yet to finish outside the podium places in six previous premier class races. The rest of the paddock, you’ve been warned.

His closest rival, Dovi, had shown good early pace a fortnight ago but his premature ending has now piled the pressure on the Italian to hit back immediately. A 25-point swing may mean that keeping pace with the Honda man is not enough over the coming rounds.

With the German GP brought forward a week to create a four-week summer break before heading to Brno, these back-to-back races could be crucial for the Ducati rider’s championship hopes.

The other two unfortunate casualties involved in what has been labelled ‘the incident’ in Catalunya, along with fellow Yamaha rider Fabio Quartararo, will also be ones to watch at a track that has been a happy hunting ground for the manufacturer in the past.

Vinales was a protagonist in the battle 12 months ago – eventually finishing third – and for a man that has combined late race pace with sluggish starts so far this year, the early signs looked good in his homeland and if he can put that combination together he could be a podium contender once again.

At such an unpredictable venue, normally through a combination of close racing and weather conditions, experience is key and no man can match Rossi in that regard. The legendary Italian has a strong record in Assen and it’s the scene of his last MotoGP victory, who would rule out the Doctor masterminding another Sunday showing?

At the other end of the scale is the up-and-coming French star Quartararo who secured his second pole position and his first podium amid the Catalan chaos. His riding belies a man of his tender years and at just 20 he looks set not only to battle for victory again this weekend but also for many years to come.

The two other riders battling it out for the podium in Spain and will be expected to do so again this time around are Alex Rins and Danilo Petrucci – who sit third and fourth in the standings respectively.

They came quite literally to blows at the Catalunya Circuit and that’s perfect preparation for the battle that is headed their way this Sunday.

No problem. You can re-watch the races from all three classes in full via the enhanced video player on the BT Sport app for mobile or tablet and BTSport.com as soon as they finish.

And if you can't watch the action live, our spoiler-free page will be showing the races - without giving the results away - as soon as possible after their conclusion.

There will also be several opportunities to catch a re-run either on TV or online – consult our TV Guide for more information on broadcast times.

Keep up to date on social media

Moto3 red-flagged with bike on fire

Marquez on the deck during FP4

Esparago slides out in FP4 with Marquez in pursuit 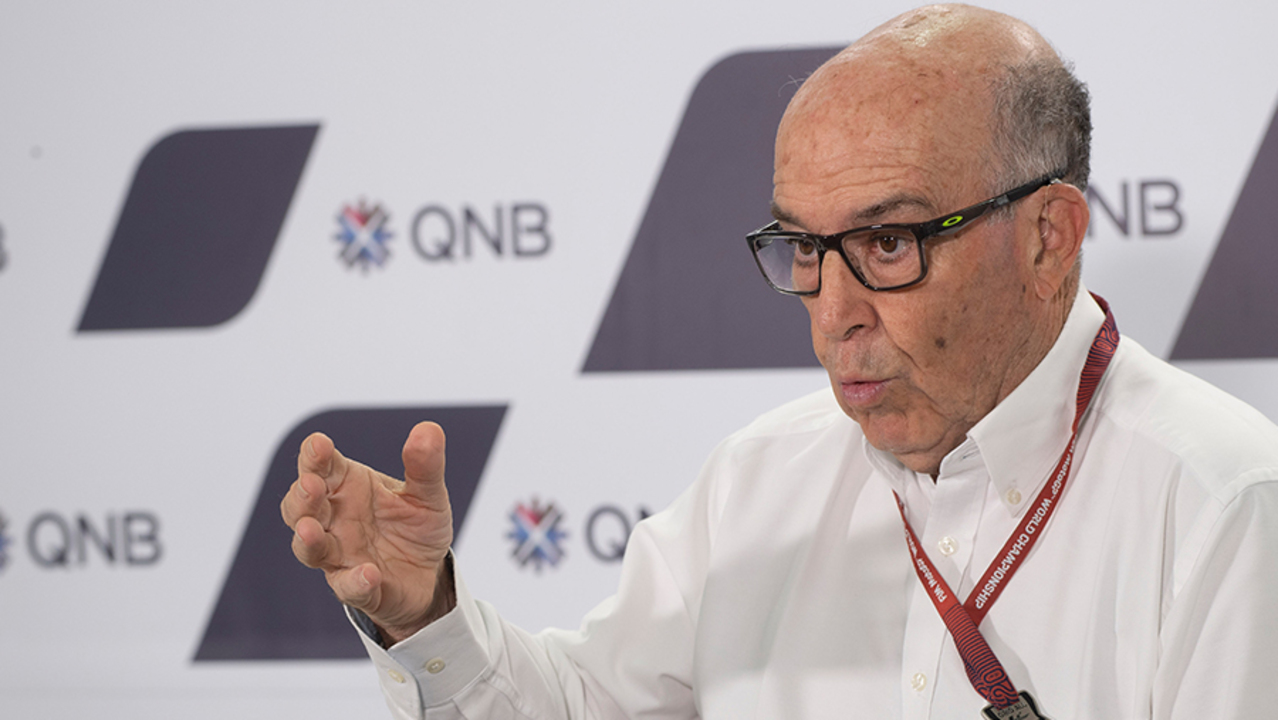 Rossi's mechanic reveals plan for legendary win at Laguna in 2008

Rossi - If things continue like this, I will stop

Crutchlow - Today was a shock to the system

Who should replace Jorge Lorenzo at Honda?

Márquez celebrates! All NINE of Marc's victories in 2019

The best of the 2019 MotoGP season so far