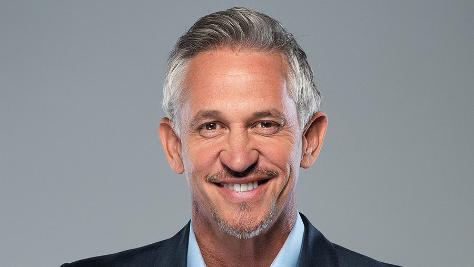 The legendary England striker joined BT Sport in June 2015 after it secured the rights to club football's elite competition for three years, with the deal subsequently extended to the end of the 2020/21 season.

Gary boasts a wealth of broadcast media experience, having presented Match of the Day since 1999 after replacing Des Lynam as the BBC's lead football host.

He has anchored the BBC's coverage of multiple World Cups and European Championships, as well as a stint presenting golf following the departure of Steve Rider.

Gary moved into the media after calling time on a glittering 16-year playing career that brought 281 club goals in just 567 games.

Widely regarded as one of the most lethal finishers England has ever produced, he came through the ranks at his beloved Leicester City, spending seven seasons at Filbert Street.

A move to Everton followed and he was the First Division's top scorer (for the second year running) in his only season with the Toffees, smashing 38 goals in all competitions.

That incredible 1985-86 campaign ended with him winning the PFA Players Player of the Year and FWA Footballer of the Year awards, plus the Golden Boot at the 1986 World Cup for good measure.

Gary's exploits on Merseyside and in Mexico prompted Barcelona to shell out £2.8 million for his services that summer and he enjoyed a fruitful three years at the Nou Camp under Johan Cruyff, winning the Copa del Rey and the European Cup Winners' Cup.

His last club in England was Tottenham, with whom he won the 1991 FA Cup and scored 80 goals in three seasons (landing a third domestic Golden Boot in 1990) before bringing his playing days to an end at Grampus Eight in Japan.

Gary, who was also runner-up in the Ballon d'Or in 1986, was part of the England team that reached the semi-finals of the 1990 World Cup.

His 48 goals from 80 caps put him third on the Three Lions' all-time scorers list, behind only Bobby Charlton (49) and Wayne Rooney (53).