The beloved British boxer will be pulling for his countryman as he bids to bring home the coveted WBC belt on BT Sport Box Office on Saturday night despite shedding almost ten stone in just 12 months.

Tyson Fury has the chance to cap a miraculous comeback on Saturday night as he goes toe-to-toe with one of the most feared punchers in the sport of boxing for the coveted WBC heavyweight strap, exclusively live on BT Sport Box Office.

Incumbent champion Deontay Wilder has forged a reputation as a ferocious finisher over the course of his ten-year career – and with good reason.

The 33-year-old stands unbeaten after 40 professional bouts, having knocked out every man he has ever faced in the ring.

Only Bermane Stiverne has survived to see the final bell, losing on points to Wilder over 12 rounds in the American’s first world title fight in 2015.

But in Fury, the Alabama native faces arguably the toughest test of his career to date: a slick, switch-hitting giant with deceptive speed and an innate understanding of the sweet science inherited from generations of fighting travellers before him.

Weeks of build-up and expert analysis from pundits and fellow fighters have all boiled down to the same conclusion: Saturday night sees the purest boxer in the division take on the hardest hitter.

It’s speed versus skill, power versus pugilism, the killer versus the craftsman.

Ahead of the fight BTSport.com caught up with former world heavyweight champion Frank Bruno, who suggested that whoever is able to adjust to the other’s style first would take the spoils at the Staples Center in Los Angeles.

In his heyday, Bruno, who held the WBC belt himself between 1995 and 1996, shared Wilder’s reputation as a brick-fisted finisher, racking up an impressive 40-5 record including 38 stoppages.

But the 57-year-old hinted Wilder could be frustrated by Fury’s elusiveness on Saturday, explaining: “A hard puncher sometimes can get used to punching hard and when they don’t land, they lose heart.

“Being a puncher is good. Being a boxer is good too - but you go in there to do what you’ve got to do.

“Boxing is such an unpredictable sport. A puncher will always have a puncher’s chance but when they don’t knock out someone in two or three rounds, they get deflated and they could get themselves into trouble mentally.

“Wilder needs stay switched on at all times, especially with a guy like Tyson because any little bit of advantage he gets, he’ll chip away and take advantage of it. He’s a more experienced, well-polished boxer than Wilder but only time will tell on Saturday.”

It will be Fury’s second time fighting in the US after a tricky showdown against Steve Cunningham in 2013 during which he was dropped.

Bruno fought in the States on three occasions, including two unsuccessful world title fights against Mike Tyson, but the Hammersmith-born fighter claimed the occasion will not be too much for Fury to handle.

He continued: “There are going to be more people cheering for Wilder in America. That will be his advantage.

“But Tyson Fury is the sort of guy who doesn’t really care where he’s going to fight or what crowd he’s fighting in front of. He’s up for it. He’s a very confident guy.”

Renowned as one of the fittest fighters in the sport during his 14-year professional career, Bruno also weighed in on Fury’s recent body transformation that has seen the Gypsy King shed just short of ten stone in a year to aid his return to the ring.

“He looks a little drawn here and there. But at the end of the day losing ten stone is a very, very hard thing to do. Even losing six pounds is very, very hard, it’s a weakening thing.

“Only time will tell on Saturday to see how his body reacts and whether he has his punch-resistance and the stamina and willpower to go on. Losing ten stone is not an easy thing to do. It’s a draining thing to do as well.

"Sometimes you can leave your training in the gym or leave it out on the road. You have to time it and have a good trainer and good people behind you to taper it down and know when you’re reaching your peak.

“You feel very, very good but you have to hold it and save it for when you go into the boxing ring.”

So who is Bruno tipping to take the spoils on Saturday night?

“I would like see Tyson Fury win and then Anthony Joshua and Tyson Fury get it on,” he said.

“All the promoters, Eddie Hearn and Frank Warren, need to get together and cut the cake up evenly and everyone will make some money.

Deontay Wilder vs Tyson Fury is available for just £19.95 exclusively on BT Sport Box Office. Find out how to buy the fight of the year and tune in on any platform with BTSport.com’s essential guide – and then catch up with all the latest developments at btsport.com/wilderfury. 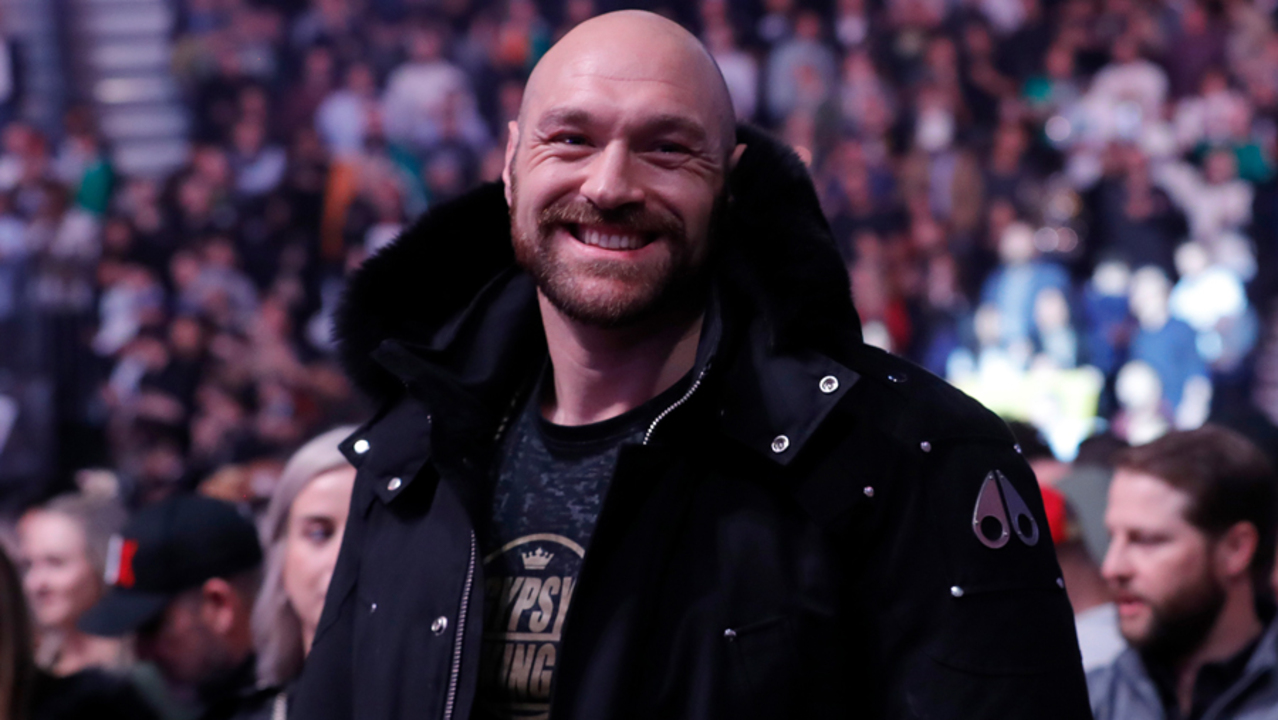 Fury - Wilder or AJ can't be greatest until they bea...

McGregor - I'll return to boxing and win a world title

Wilder - Fury doesn't believe he can KO me