If the old adage that fighting runs in the blood is true of anyone, it surely describes the Fury clan whose star-studded family tree boasts an array of talented boxers.

When Tyson Fury takes to the ring on February 22nd for his long-awaited rematch against Deontay Wilder, he’ll not only be challenging for the WBC heavyweight title but defending the proud fighting lineage of the Fury family.

A proud father to five children of his own, the Fury boxing dynasty could yet go on for generations to come – but they’ve not done a bad job so far!

The most successful of the fighting Fury clan, Tyson shot to superstardom in November 2015 after causing one of the biggest shocks in recent boxing memory by dethroning Wladmir Klitschko to secure the WBA, WBO, IBF, The Ring and lineal heavyweight titles.

Inflicting Klitschko’s first defeat in more than 10 years, Fury delivered one of the all-time great performances from a British boxer abroad to become a unified heavyweight champion in a dominant points decision.

Since then, the charismatic 31-year-old has become a champion for mental health, battling back from his own well-documented struggles away from the ring to become an ambassador and an inspiration to those enduring similar hardships.

A man of many talents, the proud Wythenshawe traveller has also written a book, released a Christmas single, starred in an ITV documentary series and performed on a WWE pay-per-view show in Saudi Arabia - all in the last year!

On Saturday 22 February, the self-styled 'Gypsy King' rematches old foe Deontay Wilder for the WBC heavyweight world title looking to exact revenge after denied a victory by a controversial draw the first time the pair met in 2018.

Tommy Fury sprang an almighty shock himself last year when, as a 1-0 novice fighter, he was announced as the latest contestant on 2019’s hit reality show Love Island.

The 20-year-old’s decision to go on hiatus after just one fight raised some eyebrows in the boxing world but, after Fury finished second alongside his new girlfriend, Molly-Mae Hague, it proved a savvy move.

Now one of the most high-profile young fighters in the country, Fury has returned to the ring with a legion of new fans intrigued to follow his journey.

The Manchester-based light-heavyweight fought for the first time since leaving the Love Island villa in December, making easy work out of journeyman Przemyslaw Binienda to secure a stylish first round finish.

‘Gyspy’ John Fury is one of boxing’s most colourful, and charismatic, characters.

Himself a former fighter competing both bare knuckle and professionally, the 55-year-old once shared the ring with Britain’s former WBC heavyweight champion Henry Akinwande and is widely respected for his pugilistic insight.

John trained Tyson for the early part of his son’s career and reportedly remains an influential presence in steering Tyson’s decisions both in and outside of the ring.

In 2010, John was jailed for 11 years after blinding a man during a vicious fight at a car auction.

He was released after serving four years of his sentence but as a result of that criminal conviction, he is unable to travel to the US, resulting in his absence from Tyson’s last three fights Stateside.

“My life is perfect at the minute – the only thing I’m upset about is that I can’t go to America to be there with him.”

Peter Fury is widely credited with concocting the game plan that helped Tyson upset the odds in remarkable fashion during his 2015 victory over Wladimir Klitschko in Dusseldorf.

Unbeknown to both men, it proved to be Tyson’s last fight under Peter’s guidance with the self-styled Gypsy King electing to team up with Ben Davison on his return from a well-documented hiatus.

Writing in his recently published memoir, Behind The Mask, Tyson revealed the subsequent extent of the breakdown between himself and Peter.

“It’s sad that the split had to happen because Mick, Peter and I had a very good bond at one point, but it was a decision that had to be taken.

"Nowadays, there is no relationship between me and Peter or with Mick. It’s very sad, but with me, like most people I guess, once a relationship is broken it’s very hard to fix it. It hit me hard when I realised I couldn’t work with them again.

"As for Peter, it’s heart-breaking how our relationship disintegrated because at one point in my life he was like a second father to me.

"During his time in prison, my brother Shane and I practically lived with Peter. Everywhere Peter went, I was there.

"When I look back to those times and see how my relationship with Peter now has broken down it’s tough to take but sadly I've had to move on."

Peter, 51, is a reformed character, having also spent time behind bars in a previous life for various convictions.

He remains the head trainer to his son, Hughie, and talented women’s boxing prospect Savannah Marshall.

Arguably the most accomplished fighter in the Fury clan aside from his older cousin Tyson, Hughie challenged for the WBO heavyweight world title in 2017.

The 25-year-old lost narrowly to Joseph Parker on the scorecards that night in a result some observers have suggested may have been unfair on the talented 23-3 youngster.

Since then, he has won the British heavyweight title and shared the ring with the likes of Alexander Povetkin and Kubrat Pulev as he continues his development in an increasingly talented heavyweight division.

Despite coming up short in learning fights against some top ranked contenders, trainer Peter remains bullish on Hughie’s chances of securing a world title in the future.

Being the cousin of Tyson Fury is not the only boxing claim to fame that young British heavyweight Nathan Gorman has in his locker.

The 23-year-old, who is 16-1 in his professional career under Frank Warren’s Queensbury Promotions, is also related to the legendary bareknuckle fighter Bartley Gorman.

Bartley is said to have spent 20 years unbeaten, earning the crown ‘King of the Gypsies’ – the moniker Tyson now proudly wears – and is renowned as one of the great fighting men in traveller folklore.

“Bartley even sparred the legend Muhammad Ali. How crazy is that?" Nathan told the BBC last year.

"He was a great fighter and died when I was young, though I remember him shadow boxing me, joking on the living room floor.

"I'd like to think my family therefore have this war horse spirit - hit me and I hit you harder. It's in me. My grandfather wasn't a fighter, my dad wasn't but boxing hit me. It's a disease. I'd like to think that's a good thing - seven days a week, somehow boxing is involved.

"But I wasn't pressured. Even to this day my father would prefer me not be boxing - he'd never have taken me to a gym."

Burton is also 31, the same age as Tyson, and his own professional defeat in 26 contests came against Frank Buglioni for the coveted Lord Lonsdale belt in 2016.

He has played a key role in some of Fury’s most recent training camps based out in the US and is currently competing in MTK’s Golden Contract light-heavyweight tournament.

The winner of the inaugural competition will bag a lucrative five-fight deal with six-figure purses for each fight guaranteed.

Former WBO middleweight champion Andy Lee is one of the most respected boxing brains around.

A disciple of the Kronk Gym that Tyson Fury now calls home, the 35-year-old will form part of the new-look team behind Fury for the upcoming Deontay Wilder rematch.

Speaking to Off the Brawl podcast, Lee revealed the extent of his involvement in the camp.

“I don’t know what my role will be,” he explained.

“[I’m] someone who knows him [Tyson] personally, maybe more than ‘Sugarhill’ knows him, and someone who can just be there, give my opinion and I also know a thing or two so I can work him a little bit.”

The 35-year-old Irishman retired in 2017 with an impressive 35-3-1 record before moving into a broadcasting career working for both BT Sport and the BBC, as well as forging his own career as a boxing trainer.

Ironically, he was defeated for the final time in his fighting career by Tyson’s close friend Billy Joe Saunders in 2015, losing his WBO strap in the process. 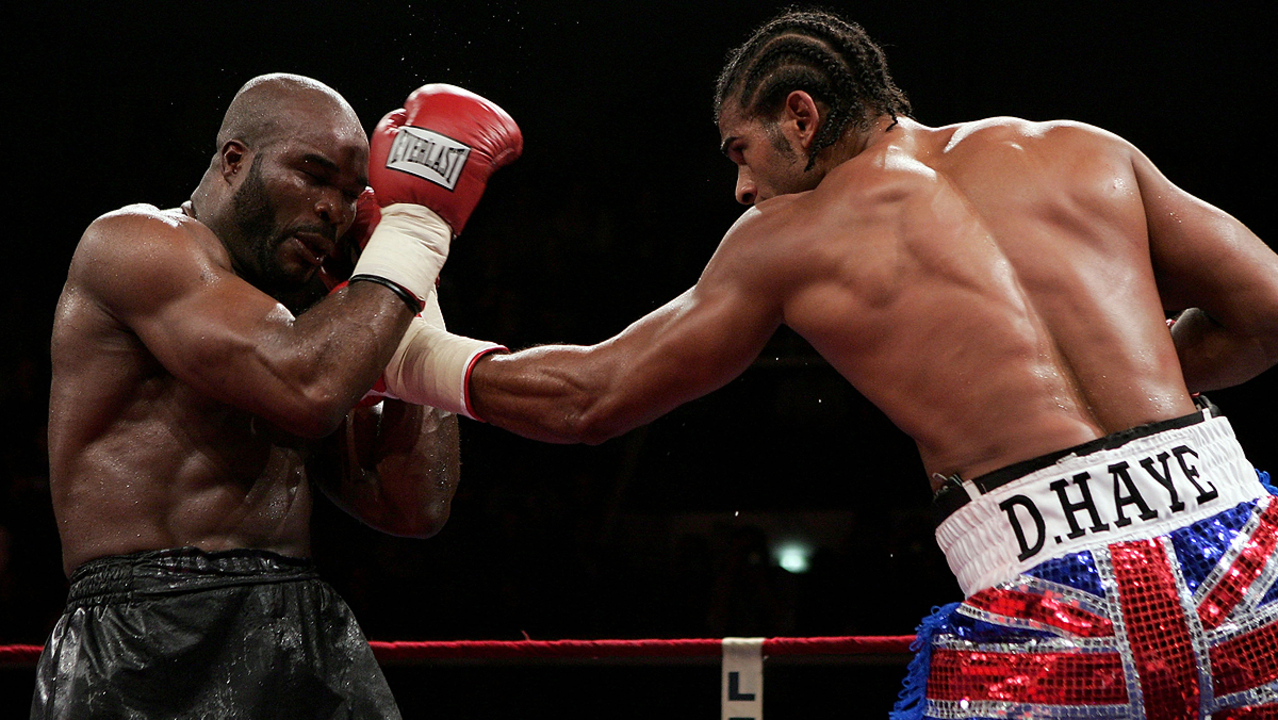 Calzaghe - Fury would come out on top against AJ

Classic - Muhammad Ali commentates on his KO of Sonny Liston