Ahead of his highly anticipated British heavyweight title clash with domestic rival Nathan Gorman, BTSport.com looks back at Dubois’ most brutal KOs.

21-year-old heavyweight sensation Daniel Dubois has only been taken the distance once in his fledgling career.

The Greenwich-born prospect has forged a reputation as the division’s next knockout king and has exhibited his concussive power in droves since his debut in April 2017.

Dubois claimed an emphatic victory over Cameroonian Blaise Mendouo inside two rounds in his second professional contest in Leicester.

Mendouo, a former Olympian and Commonwealth Games bronze medallist, was dominated from the opening bell and referee Shaun Messer called off the bout in the second round after a brutal barrage from Dubois.

The fight was on the undercard of the middleweight bout between Tommy Langford and Avtandil Khurtsidze, which saw the Georgian upset Langford and earn a mandatory shot against Billy Joe Saunders.

Dubois knocked AJ Carter out cold in the first round in his fifth professional fight at London’s Copper Box Arena.

He claimed the vacant Southern Area Heavyweight title courtesy of a commanding display over a hardened opponent.

Dubois knocked Carter down twice before connecting with a savage right hand which rendered the former solider unconscious.

It was a statement win for Dubois on the undercard of Saunders’ WBO world middleweight title defence against Willie Monroe Jr.

Dubois was in devastating form when he blasted out durable journeyman Dorian Darch in his sixth professional bout.

The contest was stopped by referee Robert Williams in the second round after Dubois floored Darch with a superbly timed right hand having already dropped him twice.

The bout was called to a halt after Dubois connected with a textbook right hand with Jones up against the ropes which sent the robust 36-year-old to the canvas.

Dubois exhibited an impressive array of punches on the undercard of the British super featherweight contest between Zelfa Barrett and Ronnie Clark.

In his most impressive performance to date, Dubois made light work of former world title challenger Razvan Cojanu, stopping the seasoned Romanian in the second round at the Royal Albert Hall.

After labouring to the first points victory of his career over Kevin Johnson in his previous fight, Dubois bounced back in devastating fashion, backing Cojanu up against the ropes before knocking him out with seconds to spare in the second round.

Daniel Dubois v Nathan Gorman headlines a thrilling domestic heavyweight showcase on July 13 exclusively live on BT Sport. If you’re not yet a subscriber, choose from our range of sign-up packages here. 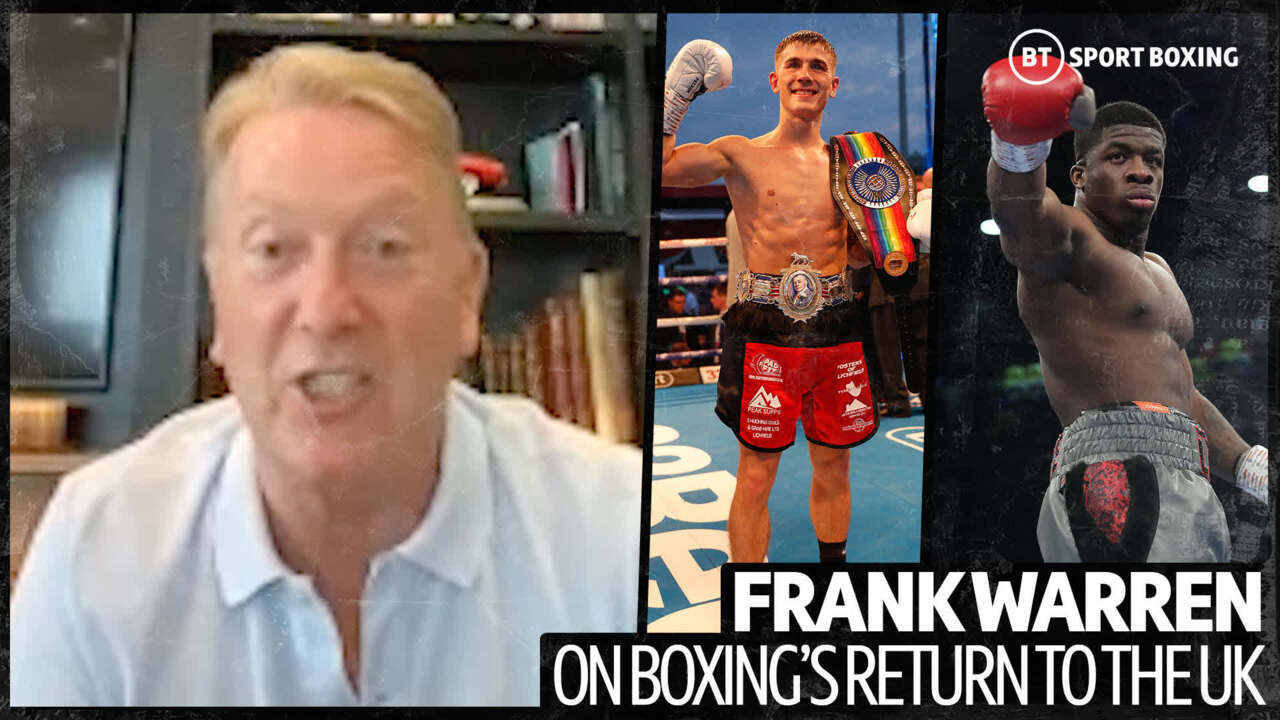